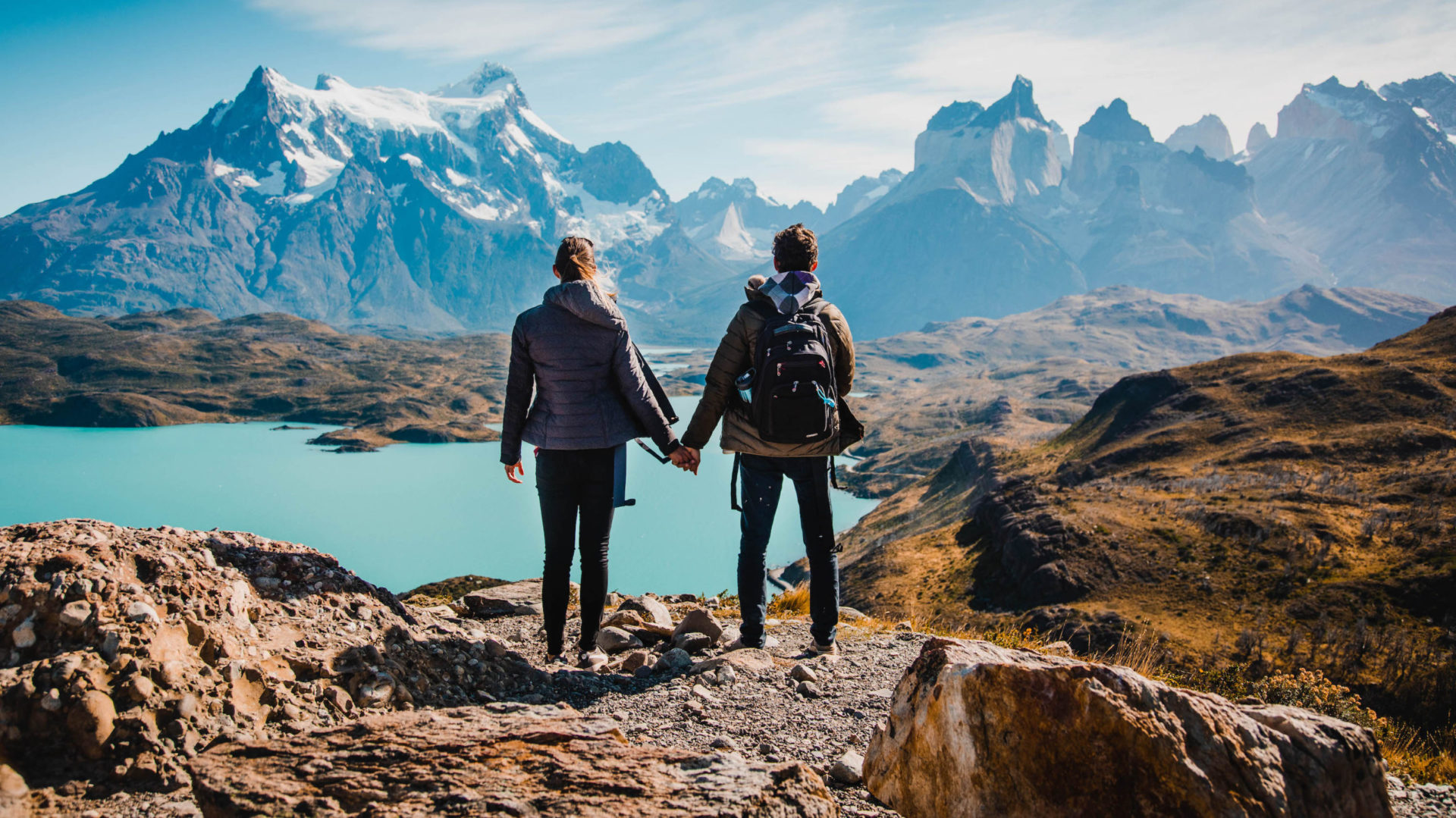 If you’ve been wondering how to photograph the Night Sky, you have come to the right place! This post will hopefully give you a better understanding of how to take pictures of stars.

We’ve been getting a ton of questions about how we take our night sky shots, or astrophotography, and requests for tips and tricks. This is a beginner’s guide to taking your first night sky photo. I’m definitely far from an expert and still have a ton to learn, so this is geared towards someone who has never done night sky photography before.

We’re lucky enough to call Colorado home; Colorado has a lot of Dark Sky communities sprinkled across the state. A designated Dark Sky Community simply means a general area where the light pollution is below a certain threshold and allows for an unpolluted view of the night sky. For an extensive list of these dark sky communities, check out this list.

I won’t be covering editing in this post, since that’s a whole other topic of it’s own!

I’ve always thought that you have to wait for a new moon to be table to photograph the night sky and see the Milky Way That’s actually far from the case. Just like sunrises and sunsets, the moon also has moonrises and moonsets, and these don’t always coincide with night time. Sometimes a full moon will rise in the early hours of the morning – which means you have from sunset the night before until moonrise in the morning to see the Milky Way. It’s important to check the moonrise and moonset times in order to avoid it during your shoot.

You can check this website for the moonrise and moonset schedule, as well as the moon phases for your location.

Time of night is incredibly important when you’re trying to photograph the night sky. You’ll notice that even though it starts getting dark after sunset, there’s still plenty of light for about 1-2 hours after the sun has fully set. That’s because there are actually three light phases that happen between sunset and full darkness; Blue Hour, Nautical Twilight and Astronomical Twilight. The stars are clearest once full night has set in, after the Astronomical Twilight Phase.

I’ll cover this a bit more in the Night Sky Editing post, but Blue Hour is the perfect time to shoot the foreground if you’re planning on doing a Night Sky Composition. A Night Sky Composition is a Night Photography technique where you blend two exposures together; one exposure of the foreground taken during Blue Hour, and one of the stars at night. Generally you want to keep the tripod and camera in the same spot between the exposures to get a true composition, but it is also possible to blend exposures that are not taken from exactly the same spot.

There are quite a few stars that have to align in order to do Night Sky photography. The last little piece of the planning puzzle is figuring out what the cloud cover will be on the night of your shoot.

I like to use Clear Dark Sky to check the visibility forecast. Here’s a sample forecast for Black Canyon of the Gunnison National Park. The first layer describes the cloud cover, and the darker the square, the clearer the sky.

In order to be able to photograph the night sky, you need to find a dark enough location with very minimal light pollution. The level of darkness in a given location is measured by something called a Bortle Scale. This scale ranges from 1 as the darkest skies, to 9 as the most polluted skies. Most dark sky parks are in the 1-2 range and allow us to see the Milky Way with the naked eye. Black Canyon of the Gunnison in Colorado is one example of a dark sky park.

You can use this map to figure out the darkness levels of areas near you.

This is probably the best investment I’ve made for night sky photography. It has an AR feature that lets you see the alignment of the Milky Way in real time, superimposed on top of whatever it is you’re looking at. It also allows you to drop a pin on a world map and see where the Milky Way will appear at any point in time. It also shows the phases of the moon and sun.

The best cameras for Night Sky photography are going to be the ones that can handle higher ISO ranges. You’ll definitely want to go for a full-frame body DSLR or a mirrorless camera that will allow you to shoot long exposures

This is our personal favorite and the one we use for all of our photos. It has an ISO range of 100-102400 which is perfect for night photography.

This is another favorite among photographers, and has an even larger ISO range of 50 to 204,800. Mirrorless cameras are fun to work with and have the added benefit of a live preview.

It’s super important to get a steady tripod since you’ll be doing exposures of 10-15 seconds (or more if you plan to do star trails and timelapses). The closer the tripod is to the ground, the less likely it is to move if there is slight wind.

I have this Vanguard Carbon Fiber Travel tripod and absolutely love it. It’s super light, packs really small, quick to set up and very steady.

It’s possible to get away without a tripod if you forgot it or don’t have one, but it makes life a LOT easier. If you find yourself without one, you can use rocks or something else that’s steady to prop up the camera at the right angle.

You could probably get away without a remote shutter as well, but just like the tripod – it makes things a lot easier. This is the one I have, and it works great. I sometimes use it for our family photos as well!

If you don’t have a remote shutter, you could always set a 2-second timer on your camera. That will ensure that there is a 2-second delay between your finger hitting the shutter and the camera actually taking the photo.

These are my favorite lenses for shooting the Night Sky

The Sigma Art 35mm f1.4 is one of my favorite overall lenses for its wide aperture and wide angle. I use it often for portraits to get a creamy bokeh and it’s my go-to lens for Night Sky Photography.

The Rokinon (or Samyang) 14mm f2.8 is also a great lens for Night Sky Photography. It’s relatively cheap compared to other lenses with these features. The only downside is that this lens is manual focus only. I still use it a lot when I need a really wide angle for interior shots and just make sure I set the focus to infinity to have everything in focus.

The most important aspect of a lens for night sky shots is the size of the aperture. The wider the aperture, the more light the lens will allow through, and the less time you will need to expose your shot.

So, in short, find a lens that has an f-stop value of 4 or less, ideally somewhere between 1.4-2.8f. The lower the better!

Our goal is to take a long exposure shot … as fast as possible. To get the start looking crisp, we ideally want to keep the exposure time at somewhere between 10-15 seconds. Any exposure longer than that will add some amount of blur to the stars since they’ll move a tiny bit.

Without going too much into the science of the Exposure Triangle, I wanted to reference this chart from DIYPhotography.net. There are three factors at play when you’re doing Night Sky Photography; ISO, Aperture and Shutter Speed.

The reason I mentioned earlier that you need a wide aperture lens was so that it would allow more light in. The wider the aperture (or lower the f-stop value), the more light is let in during the exposure. So make sure your lens is set to the widest aperture it allows. This is the easiest value in the exposure triangle to get right, since you cannot go lower than the lowest f-stop value on your lens.

The next point in the triangle is the shutter speed. Since the stars actually move relatively fast, we want to keep our shutter speed (or exposure) as low as possible. Shorter exposure means there will be less time for the stars to move and create blur in our image. The exposure needs to be short, but also long enough to allow enough light in at night. I usually start by setting my exposure to 10 seconds and then go from there.

Lastly, we have ISO. Since the aperture size is fixed (meaning you cannot go lower than the lowest f-stop), and shutter speed is ideal around 10-15 seconds, this is the setting you could play with the most. I usually start with setting my ISO to around 1000 and then adjust from there. Remember, the higher the ISO value, the more noise you will get in your final image. If you’re getting to really high ISO values and your image is still dark, try adjusting the shutter speed to be longer to let more light in.

These settings are based on a Canon 5D Mark 4, assume you are in a Bortle 1 or 2 dark zone, and that you are using with a lens that has an aperture of 2.8 or lower. Canon 5D Mark 4 cameras are able to handle higher ISOs without adding too much noise!

That’s all the tips I have in this post on how to photograph the night sky! Save this post for later and please leave a comment if you found this helpful 🙂 Stay tuned for a follow-up post on different Night Sky Photography techniques and editing tips!

Check out this post if you’re looking for mountain towns in Colorado to photograph the night sky.