Siem Reap is like a whole other country after Phnom Penh. The amount of tourists is through the roof in comparison. It feels like the main industry is tourism – people toppling over each other to go see the Angkor temples. They have 1, 3, and 5 day passes to see all the temples in Angkor, so you can spend as much or as little time as you like.

We found a gem of a lodge -Â Lotus LodgeÂ – in the heart of Siem Reap. Although it felt like a Carribean all-inclusive resort and very touristy (the exact type of place we were trying to stay away from), we were slightly relieved to have some western civilization after the Phnom Penh culture shock. I was also really happy to find out that the owner was from Ottawa! 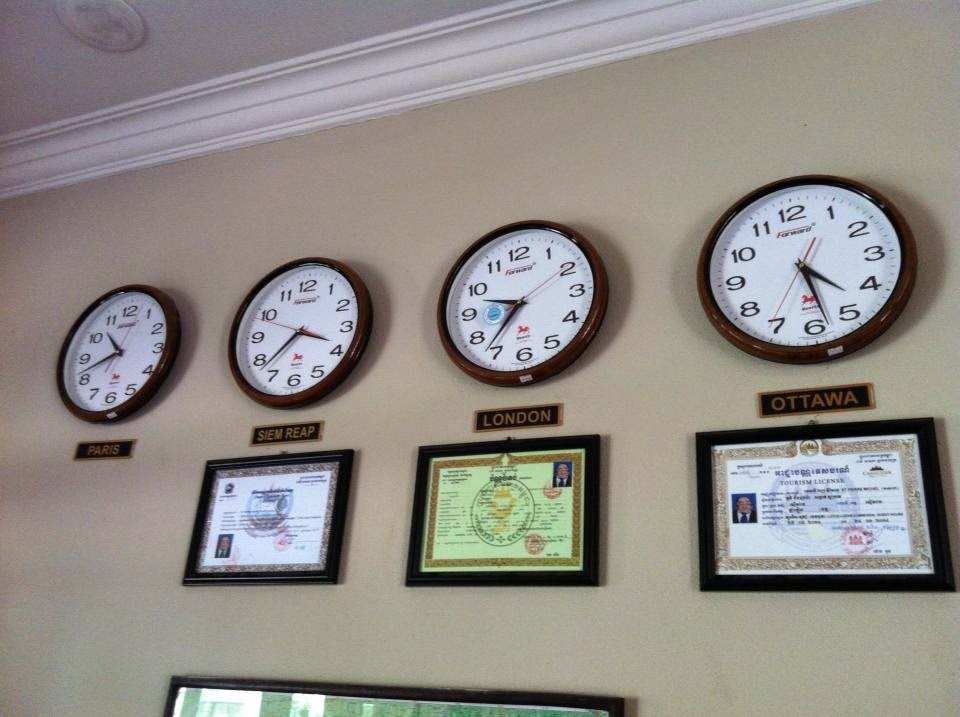 The lodge had everything. From included breakfast, to a pool, to great rooms, a restaurant, tuktuk shuttles to the city (but you had to find your own way back), bikes, personal pet lizards, and a working shower! All for – wait for it – 12$/night!Â
Anyway, the next day we decided to use the lodge’s bikes and get a one day pass to the temples. It was by far the best way to explore the temples and made for one of the best days of the trip. We both got one hell of an adrenaline boost trying to navigate through the traffic-crowded streets of Siem Reap on bicycles. Which was enough of an adventure on its own, because we got to meet some of these guys along the way

I came up really close to one of them to get a nice shot and ended up being chased and hissed on by the little guy. For the Canadians out there: it was the equivalent of getting attacked by a goose. So I kept my distance from then on. But I did manage to snap a close up before running for my life 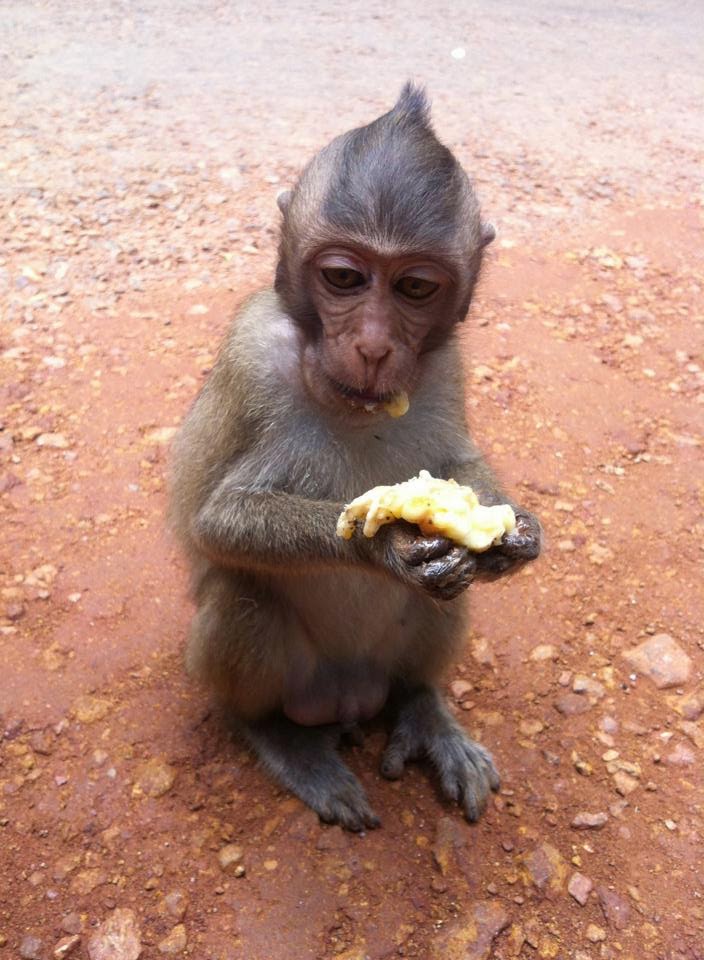 And now – to the temples!
Ta Prohm 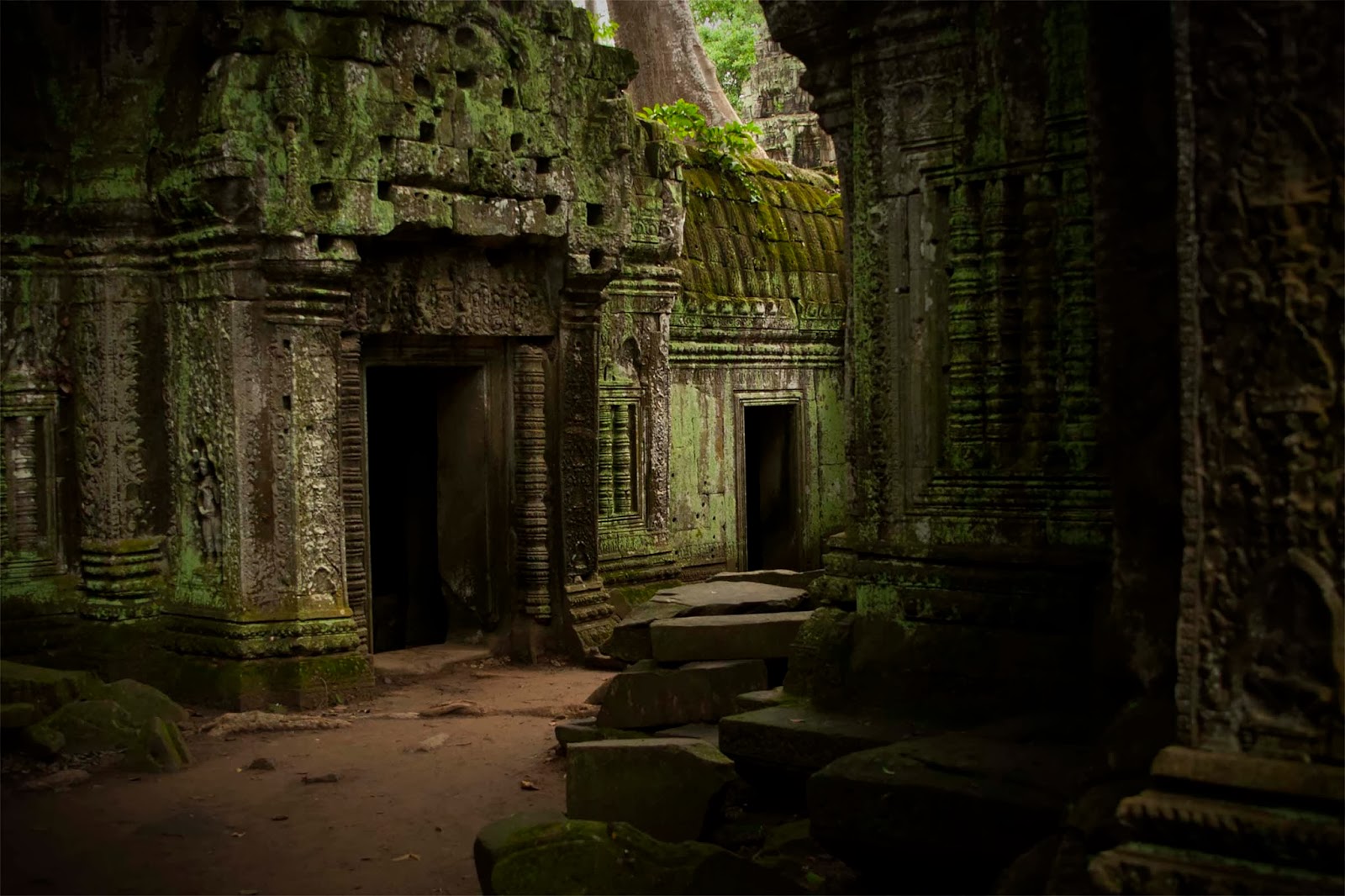 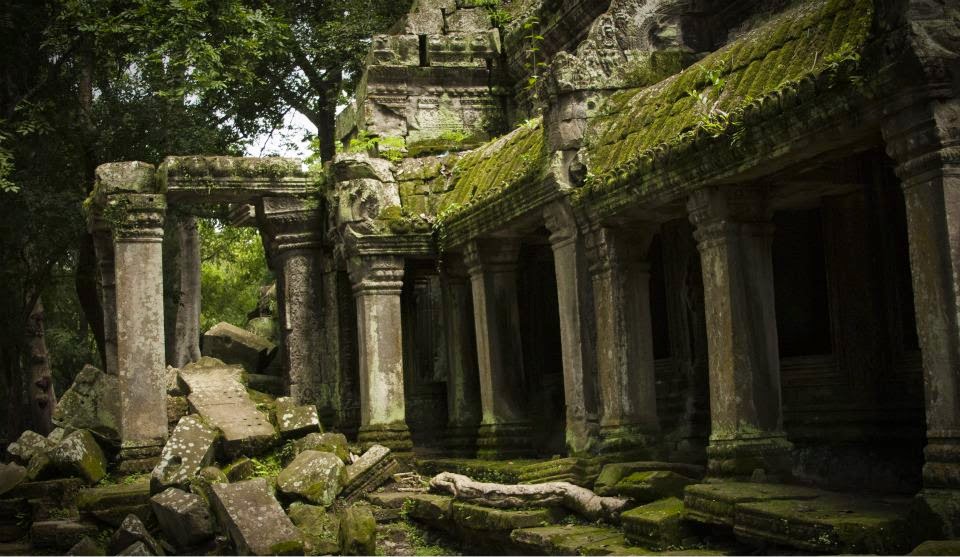 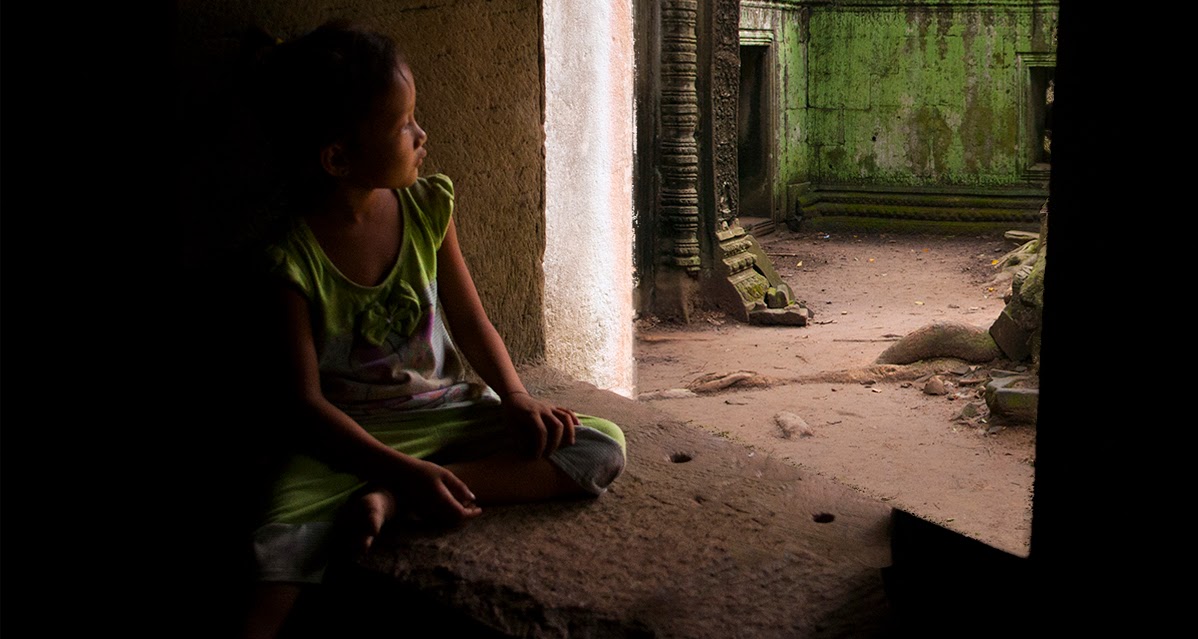 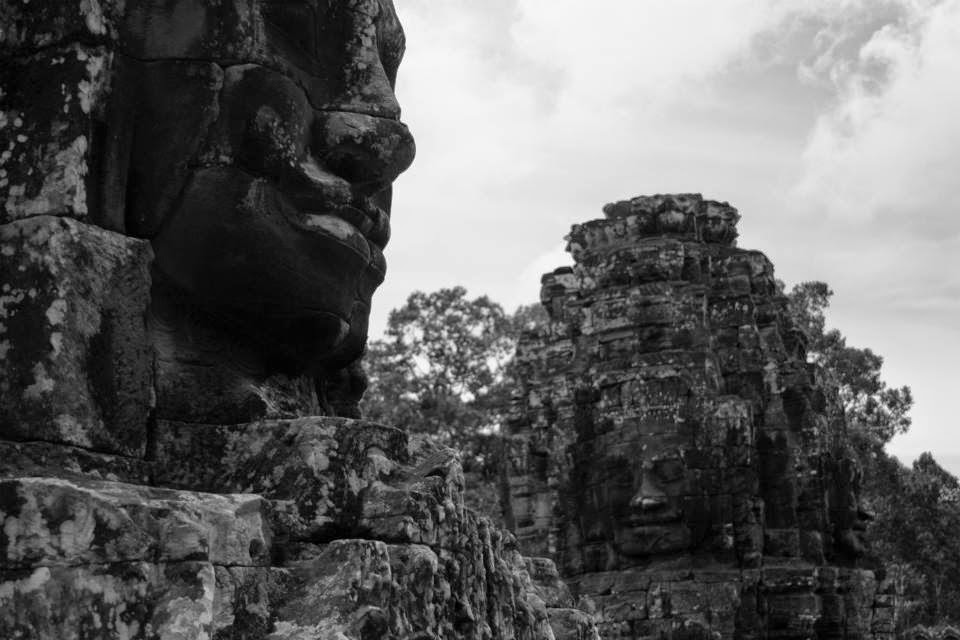 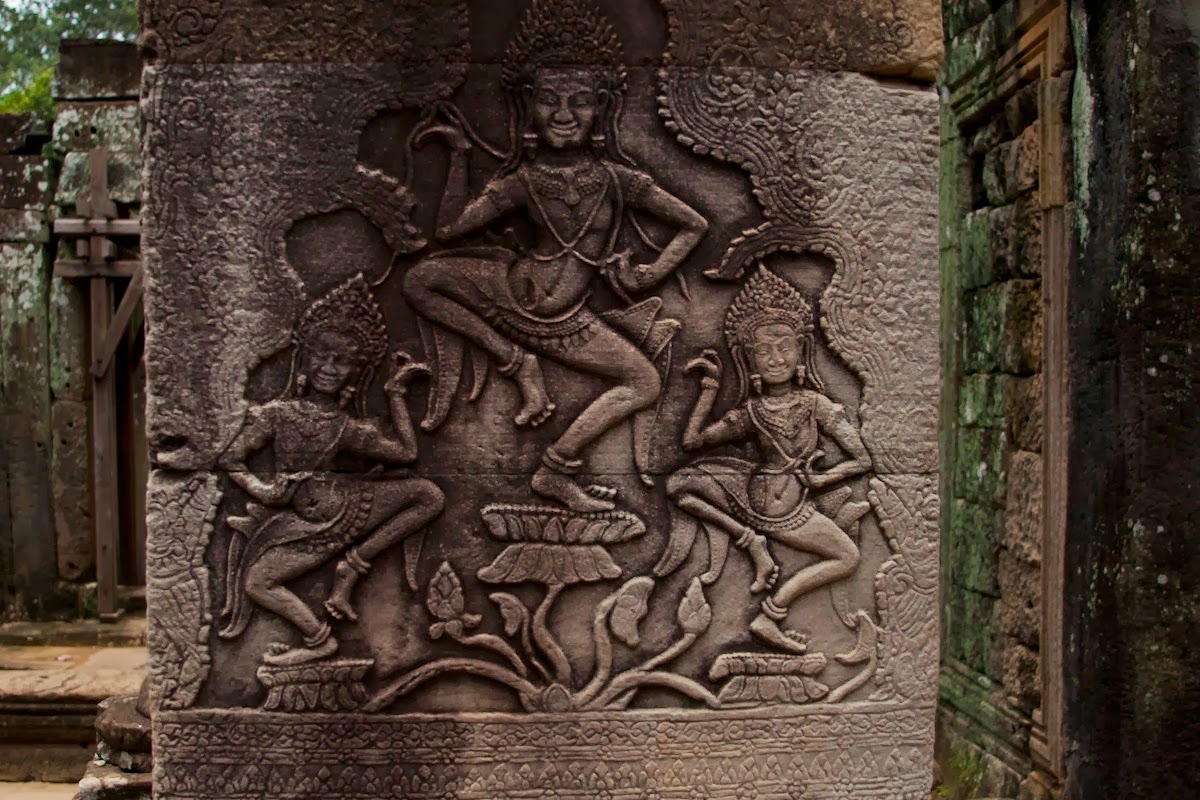 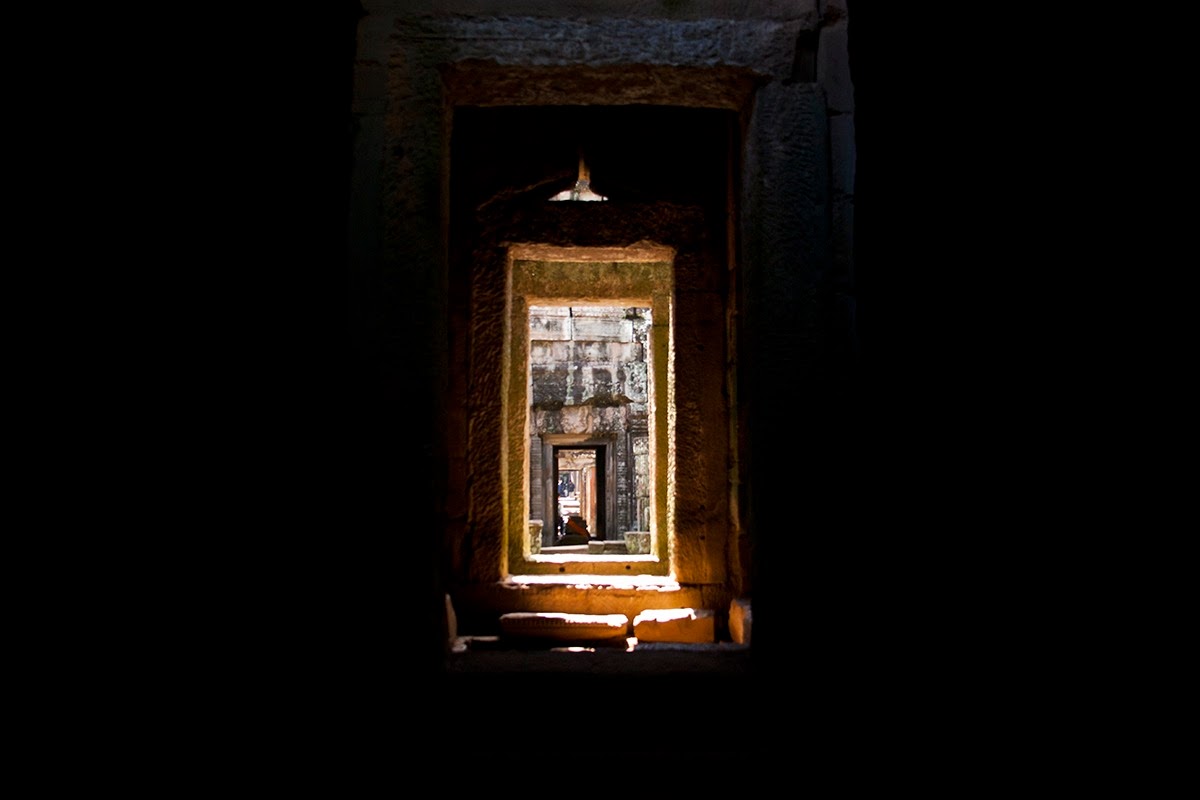 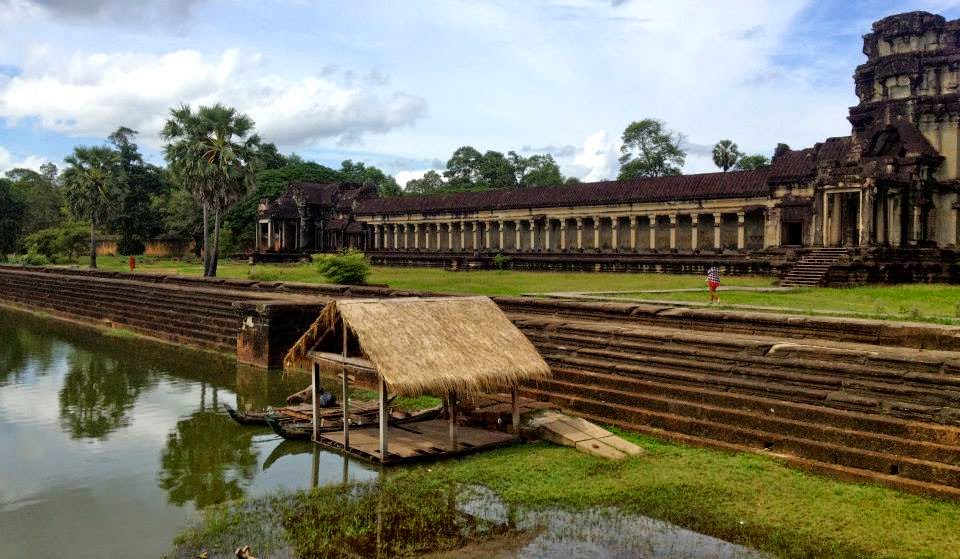 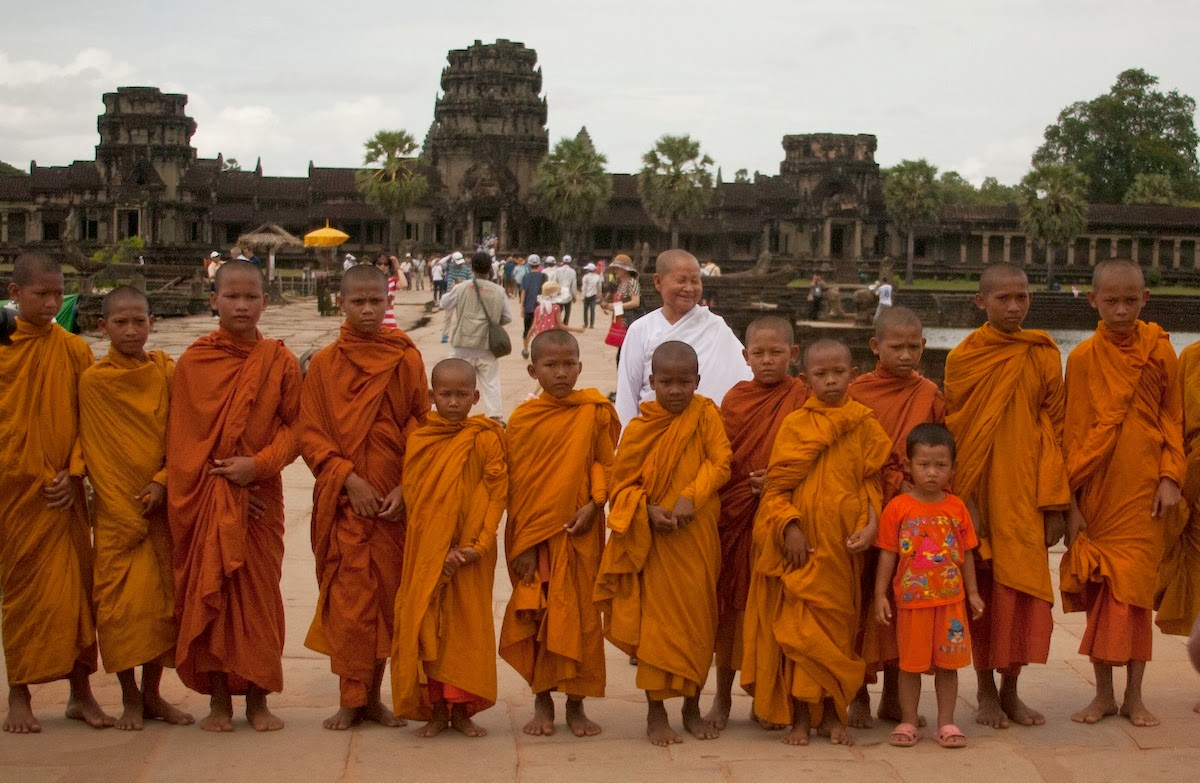 (No, you can’t just get a group of 13 monks-in-training to pose for you like that on a daily basis)
I also found this composition quite humorous.

That’s it for Cambodia. Just one question – what does Amok look like? Our first Amok was a grainy buckwheat-and-minced-meat mixture, and our second Amok was a curry based dish. So which is it?